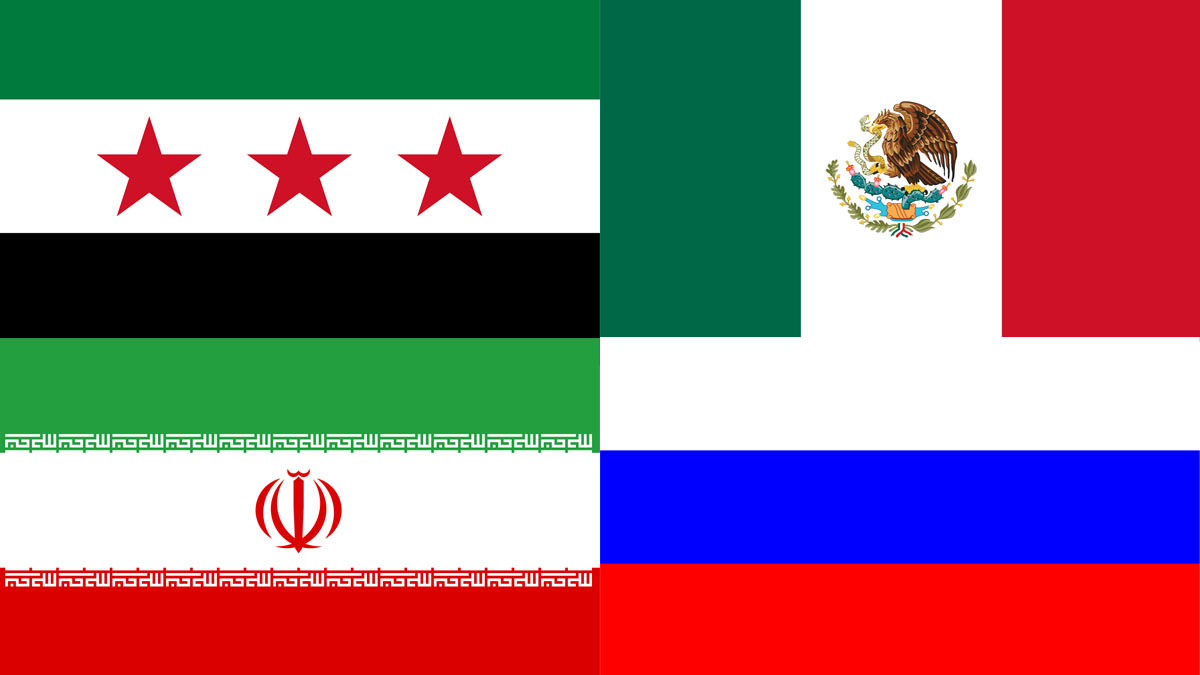 Countries all over the world are facing unprecedented challenges on fronts foreign and domestic. Picking up where Spring 2020’s “Trouble Here, Trouble There” left off, this course will examine four regimes at critical inflection points. February 9: Tony Payan on Mexico—Design or Dilemmas?; February 23 (details and tickets below): Najib Ghadbian on Syria—Endgame or Escalation?; March 3: Mohammad Ayatollahi Tabaar on Iran—Negotiation or Confrontation?; March 10 (NEW DATE): Robert Moser on Russia—Design or Deception? Please click the dates to the right for details about the other sessions.

Syria’s nine-year civil war erupted into a humanitarian crisis with close to a million Syrians fleeing the war zone for safety in Europe. At the present time, the United States maintains a military presence in Syria with a mission to protect the oilfields and help fight against remnants of the Islamic State. Tensions between U.S. and Russian forces have escalated with Russia’s failure to adhere to mutual de-confliction processes and with Syrian and Russian troops attacking opposition forces. Najib Ghadbian will explain the ongoing geopolitical and border conflict between Russian-backed Syria and Turkey and the growing hostilities that have led to uncertainty regarding the U.S. role in the region.

Najib Ghadbian is an associate professor in the King Fahd Center for Middle East Studies at the University of Arkansas. He has been a frequent political commentator for Al-Jazeera Satellite TV Channel since January 2000.