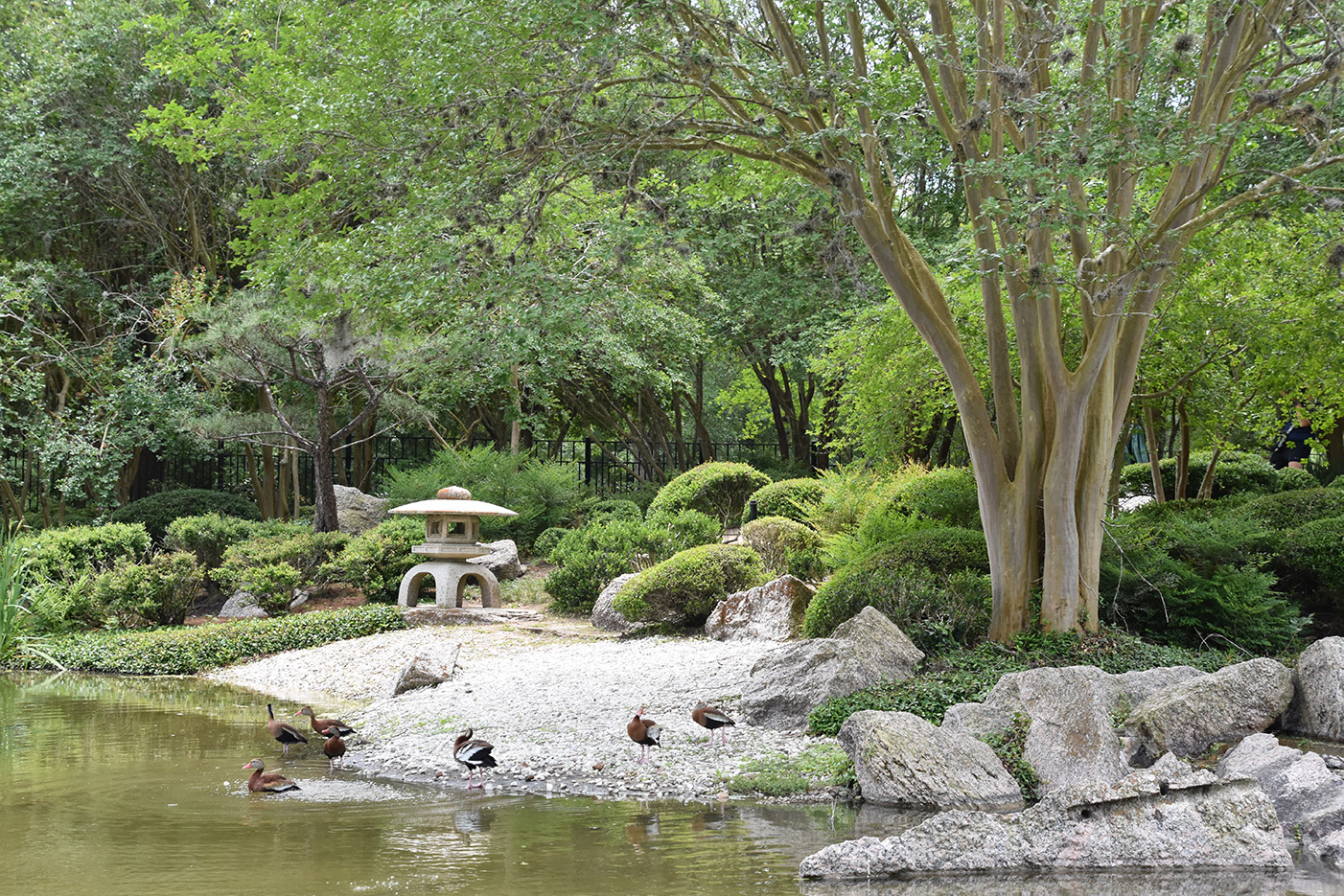 Entering Houston’s Japanese Garden is entering an extraordinary outdoor realm. The secluded five-acre environment is based on a traditional Japanese daimyo “stroll garden” with a stone gate and lantern, planted with Texas loblolly pines, oaks, and dogwood trees. Here Japanese aesthetics are wed to the native Texas landscape, symbolizing the friendship between our two nations. The garden, completed in 1992 and beloved by Houston’s Japanese community, was designed by Tokyo-based landscape architect Ken Nakajima (1914-2000).

March 5: Kendall Brown, widely considered one of America’s foremost authorities on Japanese gardens, will discuss the Japanese garden tradition and how it is transformed in North America. Dr. Brown’s lecture will be co-sponsored by the Japan-America Society of Houston.

Kendall Brown is professor of Asian art history in the art department at California State University Long Beach. In addition to teaching, he publishes often and curates exhibitions.

March 28: Sensei Shihoko Utz and her students will conduct a traditional ceremony and explain the sequence and significance of each action. Chado, the “Way of Tea,” showcases the beauty of Japanese aesthetics and culture. Each participant will receive a cup of green tea and an insight into this ancient rite.

Shihoko Utz has taught for 27 years and was trained in the Urasenke School in Kyoto, Japan, where she earned her title of master.

April 7: Doreen Stoller and Kunio Minami will guide us through the garden, explaining its history and the significance of its many elements. Our visit is timed to coincide with the annual refreshing by the Japanese gardeners.

Doreen Stoller is executive director of the Hermann Park Conservancy and has successfully led the conservancy’s efforts at Hermann Park for more than sixteen years. She recently launched the master planning effort for the next twenty years of improvements.

Kunio Minami, a member of the HPC board, facilitates the annual visit of the Japanese gardeners. He chairs the Japanese Garden Advisory Committee.