Israel, The Arab States And Palestine: Where Are We Now?

Israel, The Arab States And Palestine: Where Are We Now?

In August, the United Arab Emirates became the first Arab state in decades to normalize its relations with Israel. Bahrain soon followed suit, and more Arab States may follow. But one thorny issue remains untouched: Palestine.

Dr. Galia Golan, longtime academic and peace activist, will speak to us via Zoom from her home in Israel to provide unique insights into what the recent Arab-Israeli agreements may mean for the futures of Israel and of Palestine. 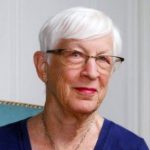 Galia Golan is professor emeritus and former head of the political science department of the Hebrew University of Jerusalem, a founder of the advocacy group Peace Now, and former head of the program in Diplomacy and Conflict Studies at the Interdisciplinary Center, Herzliya. She has lived and taught in Israel since 1966, and is a prolific writer on the Israel-Palestine situation; her recent books include Israeli Peacemaking since 1967: Factors for the Breakthroughs and Failures, and Non-State Actors in the Middle East: Factors for Peace and Democracy, co-authored with Walid Salem. She has a B.A. from Brandeis University and a Ph.D. from Hebrew University. In 2019 she received the Scholar/Activist award from the International Studies Association.

Zoom Webinar
event links will be mailed to attendees two days in advance. Please note: Zoom sessions will be recorded for our archives and made available to course registrants for a limited time after the talk. By registering, you are understood to be giving your permission to be recorded.