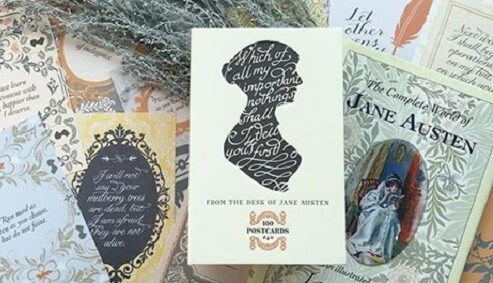 LIMITED ENROLLMENT. LOCATION ON RICE UNIVERSITY CAMPUS WILL BE PROVIDED TO SUBSCRIBERS.

Jane Austen inhabits two worlds. In the first—which spans the late eighteenth century and the Regency—she wrote six novels and an intriguing collection of letters and juvenilia. We know something about her family but little about what she thought or felt. In the second—the world of the last 40 years—her name has been associated with an ever-expanding body of filmic adaptations of her novels, biopics, internet blogs and memes, touristic itineraries, and even merchandise from nightgowns to perfume. Our century has claimed Jane Austen as its own.

The two worlds seem quite different, especially if we attend—as we often do—to matters of dress, architecture, and manners. “Jane Austen” is exotic, her characters costumed and often deliciously mysterious. In some ways, though, Austen’s two worlds are one. Writing on the cusp of something we might recognize as modernity, Austen was shaped by and gave shape to modern expectations of gender, profession, marriage, humor, and literary style. The marriage plots at the center of her novels reflect the then-revolutionary ideal of conjugal or affective marriage, with its emphasis on feeling and intimacy. Her novels are both curious and deeply familiar.

In this two-session course, Helena Michie will focus on Austen’s most beloved novel, Pride and Prejudice, and on several of its visual adaptations as a test case for Austen’s portability. Participants are encouraged to have recently read the novel before the first class and to have watched a film adaptation before the second. Professor Michie will provide film titles and access prior to the course.

Helena Michie is a professor of English at Rice University and the Agnes Cullen Arnold Professor in Humanities. She teaches courses in feminist theory, literary theory, and Victorian literature and culture. She is also the director of Rice University’s Center for Women, Gender, and Sexuality and the author of five books in Victorian Studies and the study of gender and sexuality.