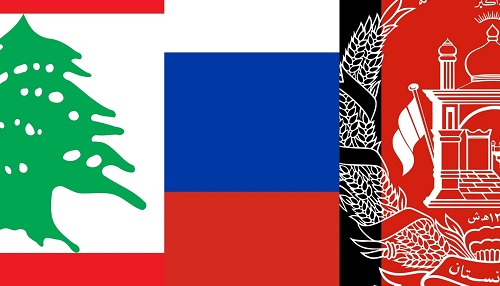 Behind the Headlines: A Deeper Look

ZOOM INVITATIONS WILL BE EMAILED TO SUBSCRIBERS. PLEASE NOTE THAT THESE TALKS WILL NOT BE RECORDED OR AVAILABLE FOR VIEWING AFTER THE EVENT.

The explosion in Beirut’s port in August 2020 constituted the largest non-nuclear explosion since World War II. It hastened a collapse in Lebanon so deep that the World Bank described it as one of the top three “most severe crises globally since the mid-19th century.” Just two years earlier, Lebanon’s political future looked quite different. After fifteen years of civil war (1975–90) and three decades of postwar neoliberal policies, Lebanese men and women had risen up against a kleptocratic ruling class that had captured and bankrupted the state. Protestors demanded immediate reforms to end the overtly clientelist structure embedded in the very core of Lebanon’s political and economic system. With the uprising cut short by the explosion and economic crisis, Karim Makdisi frames the deeper origins of these protests and asks what role geopolitics—including President Trump’s “maximum pressure” policy against Iran—played in Lebanon’s collapse.

Karim Makdisi is an associate professor of international relations and director of the Program in Public Policy and International Affairs at the American University of Beirut. His recent publications include the edited volumes The Land of the Blue Helmets: United Nations in the Arab World (University of California Press, 2017, with Vijay Prashad); Between Regional Autonomy and Intervention: New Conflict Dynamics in the Middle East and North Africa (eds. Boserup et al., Danish Institute for International Studies, 2017); and Interventions in Conflict: International Peacemaking in the Middle East (Palgrave Macmillan, 2016, with R. Khouri and M. Wählisch).

March 3: Serial War in Afghanistan: Beyond 9/11, the Taliban, and the Blue Burqas

While Afghanistan has recently returned to mainstream U.S. media after years of explicit neglect, coverage continues to focus primarily on the last 20 years. U.S. military involvement in Afghanistan, however, goes back some 43 years to the late Cold War era, to shortly after the Soviet invasion. Drawing on nearly three decades of research in Afghanistan and Pakistan, Anila Daulatzai will trace this longer history of the U.S. presence in Afghanistan, with special attention to the emergence of movements like the Taliban, to the effects on non-elite Afghans of both the extended U.S. presence and the recent U.S. withdrawal, and to terms like occupation, terrorism, liberation, women’s rights, and humanitarianism in the context of U.S.-Afghan relations.

Anila Daulatzai is a socio-cultural anthropologist and the Chancellor’s Fellow at the University of California, Berkeley. She has taught in prisons and universities across three continents, and has been conducting research in Afghanistan as well as with Afghan refugees in Pakistan since 1995. Between 2006 and 2013 she carried out ethnographic fieldwork in Kabul and taught at Kabul University and at the American University of Afghanistan. Her past and current research projects look at widowhood, heroin use, and polio through the lens of serial war. Her writings have appeared in various academic journals, as well as Al-Jazeera English and Jadaliyya. She is currently completing her book manuscript provisionally titled “War and What Remains: Everyday Life in Contemporary Kabul, Afghanistan.”

Matthew Rojansky,  one of the country’s leading experts on Russia and states of the former Soviet Union. provides an exceptionally well informed and thoughtful perspective in this Houston Seminar talk on U.S.- Russia Conflict: What Is To Be Done?

In the current heated conflict over Ukraine as well as other issues that have long simmered in U.S. – Russia relationships, it’s important to be aware of the perspectives and goals of both sides.  Many in the United States see Russia as a threat not only to friends and allies but also to the very fabric of American democracy. For their part, Russians see an America that routinely uses force without United Nations approval and that leverages its privileged place in the global economy through sanctions and trade wars.  Each side doubles down on pressure, punishment, and provocation, with no evidence that these tactics are succeeding.

While there is no “easy button” for resetting U.S.–Russia relations, and the current situation is especially fraught, there may be some low-hanging fruit. With more clarity about what Americans stand for and seek to achieve, and a dose of determined diplomacy, perhaps we can begin to pull back from this dangerous zero-sum game.

Matthew Rojansky is the new president and chief executive officer of the U.S.- Russia Foundation, a private grant-making foundation dedicated to promoting the rule of law and the development of the private sector in the Russian Federation. For the past eight years he headed the Kennan Institute at the Wilson Center in Washington, the premier U.S. center for advanced research on Russia and Eurasia. He regularly advises governments and international organizations on high-level bipartisan initiatives aimed at reducing tensions with Russia.