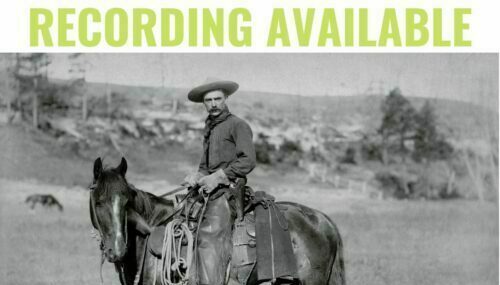 This course has passed, but is a recording of the sessions available for purchase below. The Houston Seminar records most of its Zoom sessions and makes them available to registrants for the semester. If you purchase a recording from Fall 2021, you will be able to access it through the end of December. If you registered for this course before it took place, but did not receive an email for accessing the recording, please contact the registrar.

Most Texans, when asked where they are from while traveling abroad, respond with “Texas,” not “the United States.” We love our state, our swagger, our larger-than-life persona, our “anything goes” attitude, our self-styled myths, and perhaps, most of all, we love our independence. That ain’t working so well for us these days it seems. Neither are the tall Texas tales we have read, heard, and repeated. As they say in the press relations trade “when the client believes their own press release, trouble ahead.” Trouble has arrived, and the two-hundred-year-old press release about the Great State needs an update.

To help with the rewrite are three authors who have spent hours in the dusty archives of Texas myths and reality. Each one upends the myths and shines a painful yet needed light on some of our beloved stories of the Texas Rangers, race relations in Texas, and Texas lore in general.

October 13 (Recording Available): Doug J. Swanson is a novelist, journalist, and professor. He was an investigative reporter and editor at the Dallas Morning News and is a member of the Texas Institute of Letters. He was a finalist for the Pulitzer Prize in feature writing and currently teaches writing at the University of Pittsburgh. Cult of Glory: The Bold and Brutal History of the Texas Rangers (Viking Press, 2020) is his most recent book. About it, the New York Times wrote, “Swanson has done a crucial public service by exposing the barbarous side of the Rangers.”

October 20 (Recording Available): Chris Tomlinson is a columnist for the Houston Chronicle with a focus on business, energy, and their larger cultural effects. His New York Times best seller, Tomlinson Hill (St. Martin’s Press, 2014), tells the story of two Texas families, one white, one black, that share the Tomlinson name. He takes a flinty look at his own family and gives the reader no comfort in stories such as the happy slave or benevolent slaveholder. Forget the Alamo: The Rise and Fall of an American Myth (Penguin Press, 2021) is his newest book, co-written with Bryan Burrough and Jason Stanford. Before returning to Texas in 2009, Tomlinson was a foreign correspondent with the AP in Africa, the Middle East, and Europe.

October 27 (Recording Available): Stephen Harrigan is a novelist, journalist, historian, and screenwriter. His books include The Gates of the Alamo (Penguin Press 2000) and the 2019 history Big Wonderful Thing: A History of Texas (University of Texas Press). This volume is “brimming with sass, intelligence, trenchant analysis, literary acumen, and juicy details . . . It is popular history at its best.” Another reviewer wrote, “It’s hard to think of another writer with as much Lone Star credibility as Stephen Harrigan. . . . Harrigan, essentially, is to Texas literature what Willie Nelson is to Texas music.”