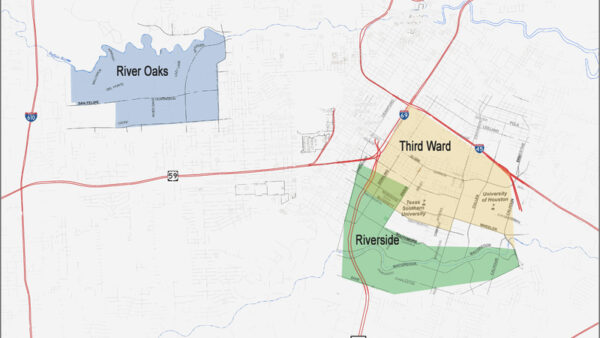 A House and a Home: Reckoning with Racial Disparity in Property Ownership

ZOOM INFORMATION WILL BE EMAILED TO SUBSCRIBERS.

The notion of home is powerful. We are ever more aware of this during pandemic quarantines, natural disasters, and times when people are excluded, displaced, or erased by the forces of capital. What happens when large and unfairly structured systems conspire to make a home unsafe, unlivable, or unobtainable? Our speakers will help us to understand the legacy and cost of land inequality and why it matters to all of us.

September 23: Andrea Roberts is an urban planner who researches intentional communities built by Black people. Her experience in community development under Houston mayors Bill White and Annise Parker inform her efforts to move disappearing African American communities—facing sprawl, gentrification, and resource extraction—from the margin to the center of public discourse. A scholar activist, she founded the Texas Freedom Colonies Project, a research and social justice initiative that has developed an online atlas of unmapped Black settlements in Texas.

Andrea Roberts is an assistant professor of urban planning at Texas A&M University and associate director of the Center for Housing & Urban Development. She earned her Ph.D. in community and regional planning at the University of Texas at Austin.

September 30: Assata Richards is founder and executive director of the Sankofa Research Institute, where she brings together nonprofits, local leaders, and funders to inform effective public policy. As cofounder of the Emancipation Economic Development Council (a community-led collaborative to revitalize the historic Third Ward), the Community Care Cooperative, and the Houston Community Land Trust, she has put theory into practice. Richards will outline barriers to land ownership, redistricting and gerrymandering, redlining, and the remedies to these injustices with a focus on Houston practices.

Assata Richards earned her Ph.D. in sociology from Pennsylvania State University, with a concentration in political and community participation, research methods, and mass incarceration.

October 7: Stephany Mgbadigha is Advocacy and Legal Director at Air Alliance Houston, a research-based nonprofit working to reduce the public health impacts of air pollution and advance environmental justice. She serves as an advocate before local, state, and federal courts and administrative bodies for AAH and the communities that it serve. Stephany also provides in-house legal counsel and is developing AAH’s Environmental Justice Leadership Lab. Mgbadigha will outline efforts to fight the vicious cycle that diminishes the ability of people to build equity in their homes because of devaluation caused by air pollution, nearby industry, poor drainage, and lack of political power.