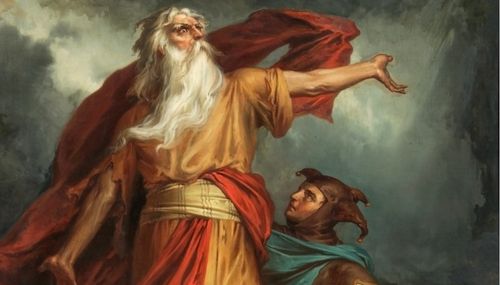 LOCATION ON RICE UNIVERSITY CAMPUS WILL BE PROVIDED TO SUBSCRIBERS. LIMITED ENROLLMENT.

William Shakespeare wrote in an era that wrestled over core questions about politics—the workings of government, the parameters of international law, the nature of political rule, and the ideal qualities for leaders. Kingship and political statecraft were thought of in the language of theater; therefore, theater frequently addressed urgent political questions through history or chronicle plays. Since playwrights could not write directly about their own present-day politics without fear of reprisal (or death), they looked back to the War of the Roses and other moments in the history of England, Ireland, Scotland, and Wales.

In three sessions with Joseph Campana, we will consider Shakespeare’s fascination with kings by paying special attention to two “historical chronicle” plays: Henry V and Richard III. Since each is the concluding play in a tetralogy, these works will allow us to look back to the tumultuous events that led to each reign. We will consider these relative to film and other adaptations of the works, like Richard Loncraine’s Richard III and Laurence Olivier’s or Kenneth Branagh’s Henry V, and we will think about these works in conversation with James Shapiro’s Shakespeare in a Divided America and Stephen Greenblatt’s Tyrant, which consider Shakespeare’s relationship to the past, present, and future of politics in America.

Joseph Campana is the William Shakespeare Professor of English and the Director of the Center for Environmental Studies at Rice University. He is a poet, arts writer, and scholar of Renaissance literature and has written essays on Spenser, Shakespeare, Nashe, Defoe, Middleton, poetry, and poetics. Professor Campana is the author of The Pain of Reformation: Spenser, Vulnerability, and The Ethics of Masculinity (Fordham UP, 2012) and three collections of poetry, The Book of Faces (Graywolf, 2005), Natural Selections (University of Iowa Press, 2012), which received the Iowa Poetry Prize, and The Book of Life (Tupelo, 2019).